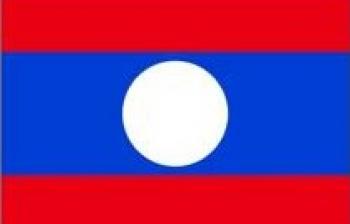 Like in many other developing countries, the development of Laos organic agriculture has been promoted by either rural development NGOs and by private sectors interested to gain access to premium markets. Also, the Laos government has been involved in the sector development since the early stage.

Almost all NGOs in Laos are foreign NGOs having office and development projects in the country. These foreign NGOs introduced the concept of sustainable agriculture and organic farming to Laos since late 1990s. Sustainable farming technologies and practices have been incorporated into various training activities of public agencies like the DOA and later on National Agriculture and Forestry Extension Services (NAFES) as well as NGOs own activities, reaching out thousands of farmers throughout the country. As most of the NGOs
programme at that time did not support market linkage, the products from these sustainable farms were all sold as conventional products with only few were sold as natural products or pesticide-free products with slight premium prices.

It is not until early 2000s that organic farming with market linkage became an important agenda among Lao agriculture authorities and NGOs as many international development institutions and donor agencies realized the potential opportunities of organic agriculture as poverty eradication. The collaborative project between HELVETAS and the Department of Agriculture launched a project for the Promotion of Organic Farming and Marketing in Lao PDR (PROFIL) in 2004 was the start of the organic agriculture in Lao. Lao Farmer Product (LFP), a local fair trade cooperative company, was among the pionneer from private sector who have attempted to develop organic rice and tea since mid 2000s. but only its organic tea has been certified since 2006. Below is the key milestone of Lao organic agricultural development.

As large parts of Lao agriculture are still under subsistent production, there possibly exist “organic by default” farms in many areas around the country. Also, there are several wild products collected from forest or fallow land which are consumed by local farmers and some are sold for cash income. If better organized, these wild produces can be certified and sold as organic products.

For commercial agriculture crops, there are few organic projects in Laos that received organic certifications and some more are in the pipeline. The main organic products are coffee, rice and vegetables (the vegetables currently for local market only). There are also organically certified wild-harvest products (i.e. local herbs) in Laos as well. Based on the information collected, Lao’s organic productions has more or less triple growth in the last 3 years.

In the following years, PROFIL initiated the formation of Lao Certification Body (LCB) with technical assistance from the Earth Net Foundation. Not until 2008 that the DOA approved LCB as organic certification body under its Clean Agriculture Development Center, a government agency under DOA responsible for the promotion and development of all safe and environmental-friendly agriculture systems.

Discussions about national organic guarantee system, including the national regulations on organic agriculture, are on-going but no decisions are yet taken.