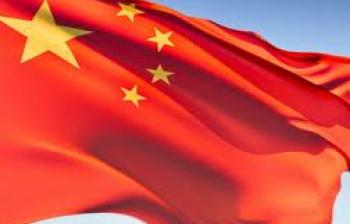 As in many other countries in Asia, Chinese organic agriculture is based on traditional sustainable farming practices that existed thousands of years ago. In China, for example, records of sustainable farming dating back 4,000 years mention several organic practices including crop rotation, composting and diversified production.

The Green Revolution in China in 1980s occurred much later than in other East and Southeast Asian countries due to the economic sanctions imposed by western countries after political change in China in 1950. The Green Revolution was driven by the Chinese government to increase agricultural productivity, with the main aim of ensuring national food security. Cheap agrochemicals manufactured by local Chinese factories with subsidies from the government, together with improved irrigation and high-yield varieties, allowed the Green Revolution to expand and penetrate all parts of the country, even remote areas. However, within a decade the environmental impact of agrochemicals was apparent, with soil becoming degraded and water polluted. As a result, agrochemical residues in food products, especially fresh food, became a major concern among Chinese consumers and policymakers.

By the late 1980s, some local government bodies concerned about the environmental began promoting what was known as Chinese Ecological Agriculture. This eco-farming gave rise to organic agriculture. Seeing opportunities in the growing global demand for organic foods, other government bodies began to promote organic farming. One such agency was the Rural Ecology Sector of the Nanjing Institute of Environment Science (NIES) of the State Environment Protection Administration (SEPA, now known as the Ministry of Environmental Protection, or MEP). This agency became a member of the International Federation of Organic Agriculture Movements (IFOAM) and started to promote organic farming in its state in 1989.

The main drivers of modern organic agriculture in the early period were Chinese enterprises, both state-owned and private, which were contracted to produce organic products such as Chinese tea to be exported to European countries. The first certified organic tea was in the Lin’an County of Zhejiang Province, inspected and certified by Dutch certifier SKAL, and exported to Europe in 1990. Most of the early development of Chinese organic agriculture was driven by export opportunities in the European Union and United States, and later on Japan. This also led to the proliferation of organic certification bodies, both local organizations and overseas offices of foreign agencies. The first local organic certifier was the China Organic Food Development Center (OFDC), which was established in 1994 by the NIES.

Meanwhile, concerns about food safety for both export and domestic markets led the Chinese government to introduce food-labelling schemes, comprising two levels – pollution-free food and green food. Local governments first introduced such schemes in the mid 1980s and these were later taken up by the central agency, the Ministry of Agriculture (MoA). Pollution-free products comply with basic food safety standards and green food, while similar, follows some stricter standards. The MoA established the China Green Food Development Center (CGFDC) in 1992 as a public certification body. Initially, CGFDC focused on food safety certifications but it later extended its scope to include organic certification.

Another important turning point for the organic sector came in the early 2000s, when national regulations for certification and accreditation were introduced. In the same period, the Chinese domestic organic markets began to grow more rapidly, with the emergence of new middle- and upper-class consumers.

With such organized production, there are only a few thousand certified organic farms in China. An estimate of over 2,500 certified organic producers (with more than 100,000 individual farmers) in 2007. Regarding acreage, it is estimated that about 2 million – 3 million hectares of farmland is certified as organic, putting China among the world’s top five organic producers, in acreage terms. Statistical data on Chinese organic production, however, vary from one source to another. Table below shows estimates drawn from various sources (unit in ha).

Although the statistical data vary, it is clear that there was a major expansion of Chinese organic agricultural production in the mid 2000s, when acreage jumped from hundreds of thousands to a few million hectares, with significant contributions from wild harvests and aquaculture.

In terms of geographical distribution, from the start most organic farming has been in the eastern and north-eastern parts of China. The highest concentration of organic farms is found in Inner Mongolia (northeast region), Jilin (northeast region) and Yunnan (southern region). In 2004 and 2005, new organic projects, especially organic animal husbandry, grew rapidly in the western part of China, reflecting the government drive known as the Grand Campaign of Developing the West. But due to a lack of market information and platforms, organic animal husbandry declined in following years, and there was a dramatic drop in acreage of certified organic land (mainly organic pasture land) in this region.

Data on the type of organic products in Chinese is also lacking. However, it is likely that Chinese organic farming includes most products, with the exception of a few tropical fruits and vegetables. China has a wide range of agro-climatic conditions that allows production of a wide range of crops and animals.