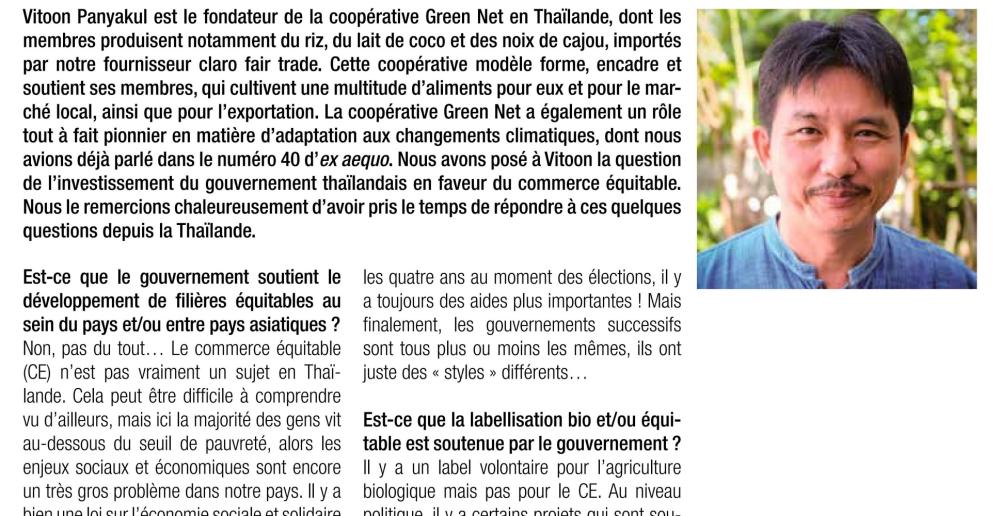 Vitoon Panyakul is the founder of the Green Net cooperative in Thailand, whose members produce rice, coconut milk and cashew nuts, imported by our supplier claro fair trade. This model cooperative trains, supervises and supports its members, who grow a multitude of foods for themselves and for the market. local market, as well as for export. The Green Net cooperative also has a role quite a pioneer in terms of adaptation to climate change, of which we had already spoken in issue 40 of a tie. We asked Vitoon the question Thai government investment in fair trade.

Read the whole article from [link]